How could Skin Pigments be used to Strengthen Clothing and Fabrics in our Homes?

ents living in each square inch of our skin. It is a natural substance found in an animals’ skin, hair and the iris of the eye. Melanin determines our hair and skin colour as well as protecting it from ultra violet damage. It does this by absorbing the light which then causes the skin to darken and tan. But it probably hasn’t occured to you that this very skin pigment could enhance the polyurethane manufacturing process to help strengthen many of the materials that are used in our households every day. Scientists from China’s Jiangnan University have made the recent discovery that adding melanin to polyurethane plastic will make fabrics and foams in substances like cushions and clothing more durable. This breakthrough could start to feature around our homes very soon.

Polyurethane is a synthetic material. Since its invention in the 1940s it can be used for a broad range of items from children’s toys to aeroplane wings. Broadly speaking, in manufacturing industries it can be used to make products such as foam seating, wheels, tires and synthetic fibres like Spandex and carpet underlay. Over three quarters of the global consumption of polyurethane products are foam based and the furniture industry is the third biggest user of the material following the building and transport industries. It is a polymer which is both flexible and durable commonly found in the home. Its flexible properties also extend to mouldings like door frames. 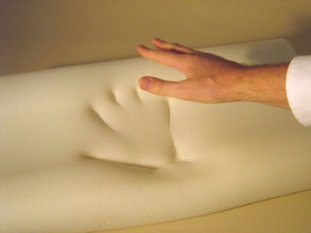 However, its biggest drawback is the fact that it is prone to damage and breakage, so research has been conducted by the Chinese university to improve the longevity of the widely used material. In the past, scientists have tried to improve its qualities by adding fillers, including silica, carbon nanotubes and graphene oxide. While these enhance tensile strength they do not address the issue of toughness. The testings found that some of the substances created improvements but this counteracted the important properties of the material. However, melanin has successfully been able to deliver the enhancements to strengthen this widely used polymer.

In laboratory tests led by Mingqing Chen and Weifu Dong, new findings have unveiled that even polyurethane that contains only 2% of melanin will still improve the strength and toughness of a material. The experiment was carried out using melanin from the ink sacs of cuttlefish. Results reveal that the polymer’s properties were enhanced by 27.4 megajoules per cubic metre which allow the polyurethane to stretch itself up to 1,880% before breaking unlike previous figures which were 770%. According to the Chinese scientists, this increase was due to the melanin nanoparticle’s tendency to link with the polymer chain that make up the polyurethane.

For further information the full research has now been published in the journal Biomacromolecules titled “Superior Performance of Polyurethane Based on Natural Melanin Nanoparticles.”

This entry was posted in Innovation and tagged biobased, China, Jiangnan University, Melanin.