La Rhea Pepper is a fifth generation cotton farmer from Lubbock, Texas, and she currently is the Managing Director of Textile Exchange. La Rhea began farming organic cotton in the early 1990s, and since then has been a key figure in the organic cotton movement. La Rhea co-founded the Texas Organic Cotton Marketing Cooperative, which has grown to 40 producer members who plant 10,000-19,000 acres of organic cotton a year.  Le Rhea has an impactful story, which she shares with us below, and is an invaluable resource to the organic cotton industry. 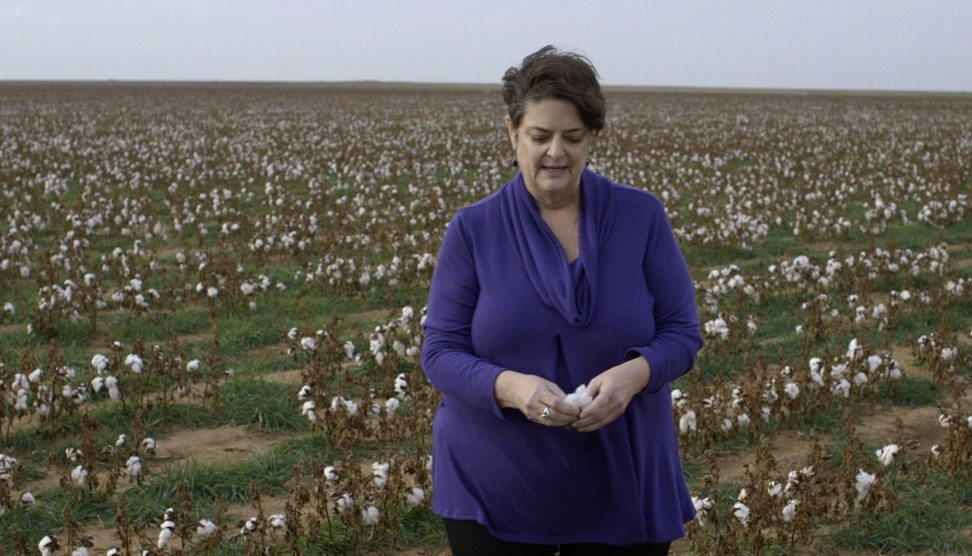 What has been most surprising in your journey from growing up on a conventional cotton farm to owning your own organic cotton farm?

I guess the most surprising part of this journey is the affirmation that this is about life and death—to farm organically for me is about respecting life in the soil, in the plant, life within the ecosystem with ladybugs and birds and assassin bugs and lizards galore!—and creating a healthy place for families who work the land to live and play.

The other side of the surprise is that everyone doesn’t want to farm the same way—for different reasons.  I say, ‘Organic? Why Not?’

How have you seen organic cotton farming impact the lives of farmers and the surrounding communities?  How has this changed over time?

When we started [organic farming] in 1990, there were only about five farmers/families involved.  There were also some projects starting in India in the early 90s.

As the market expanded, some of the farmers started farming organically because of market dynamics and opportunities, however, once they started, they began to see for themselves the impact on the soil with increased organic matter and increased biodiversity.  So, I don’t really care why a farmer starts—it is a start, and he will experience the long-term benefits.

Other farmers, while not going fully organic, have also begun to use winter cover crops to increase soil fertility to reduce their dependence upon petroleum-based fertilizers and use more of an integrated pest management system, reducing their use of insecticides.

Every step toward greater stewardship and the reduction of toxic and persistent pesticides is a step in the right direction. 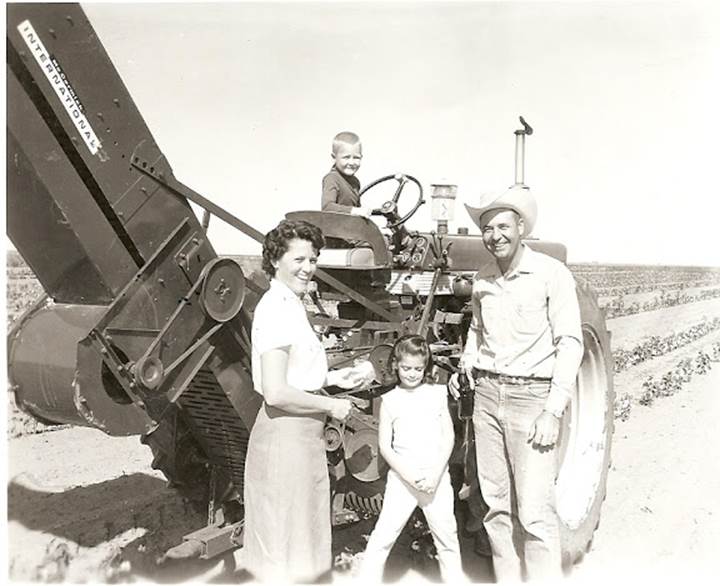 Above: La Rhea with her family on their farm. Photo: La Rhea Pepper.

Would you mind sharing why you are personally so committed to organic farming and why you have been a critical player of the organic cotton movement?

Much of the reason why I’m an organic farmer is because it is a part of my heritage (my grandfather was an old-school German farmer who had strong stewardship principles that we are only caregivers of the land), and philosophically it aligns with my personal and religious beliefs about stewardship.

I’ve also seen first-hand the negative impacts that conventional, mono-crop, chemically intensive agriculture can have on communities and families.  For so many reasons, we needed to change agriculture to a more sustainable and lower impact system.

And then my husband was diagnosed with a glioblastoma multiform stage IV brain tumor in 2005.  Our brain surgeon in Lubbock, Texas, said that his was a type of tumor that seemed to be commonly found in men, ages 40-60, who worked in agriculture or oil.  Terry was 48 when we found out, and he died at 50.  Too young!

He grew up on a conventional farm in south Texas—a chemically intensive farm.  His father died at 57 of acute leukemia, which has known links to pesticides.

There are so many other illnesses linked to chemical usage in farm communities: endocrine disruption and all types of cancers.

For me, the difference in organic and conventional agriculture is life and death, not only the life in the soil and farm, but literally life for the farmers who are growing our food and fiber.

After Terry died, going organic and persuading the world to go organic was no longer important—it was imperative!

The area where the organic cotton is grown in Texas, the high plains, is blessed with a climate conducive to growing cotton: dryer with a cold winter that keeps insect pressure down.  The other key factor is that we get a hard freeze, usually in early November, that kills the cotton plant, and, like deciduous trees, the plant drops its leaves, which allows the cotton to be mechanically harvested.  Other areas that don’t get this freeze really struggle to harvest the cotton.  The majority of conventional cotton uses a defoliant to kill the cotton and prepare the plant for harvesting. We rely on Mother Nature and her chilling winter weather. 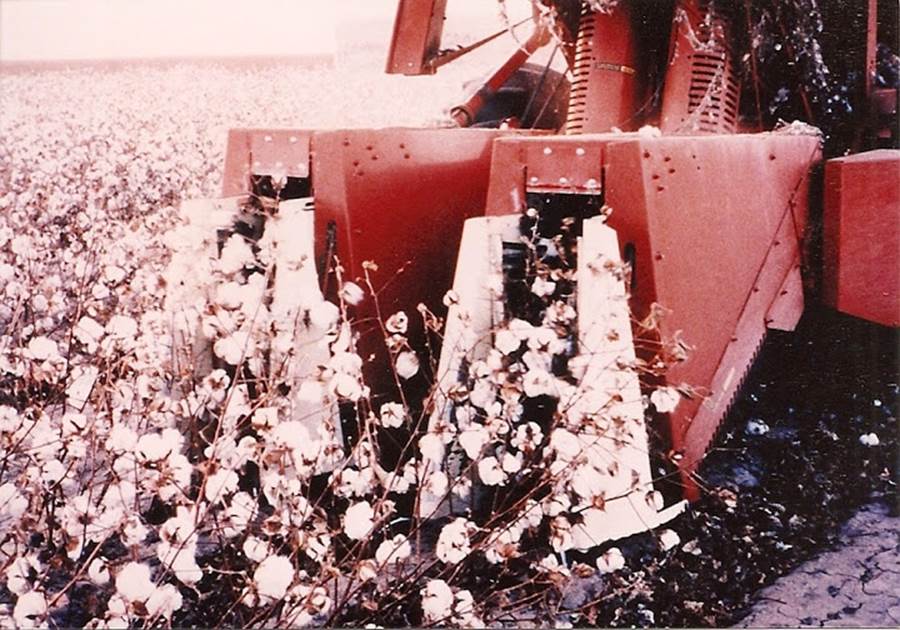 I have seen the greatest success where there is a cohesive and integrated partnership along the supply chain.  It truly is a relay race that comes full circle with the farmer growing the crop, the supply chain, and the brand creating the right product. We are all telling the story about the intrinsic value of the fiber.  This is what creates meaningful change at the consumer level.

So, it is about engaging consumers, having the right product, and integrity along the supply chain—it all matters.

What causes you to get out of bed every morning to work on organic cotton and to advocate for the industry?

I have grandchildren, but they don’t have their grandfather.

For me it is personal. It is part of my heritage; it is also a part of my legacy.

If you could change things, what is your best/ideal vision for the future of cotton farming?

I believe that growing cotton in an organic production system is a tool for creating long-term sustainability with stronger communities, food security and biodiversity.  It is an integrated and regenerative production system.

I also believe that it is a tool to help create a market-driven solution for addressing poverty, accessing resources, schools, and health care, and other infrastructure needs when farmers are paid a fair price for the crops that they grow.

I truly believe that the pioneers in this industry—and especially the folks that are driving the organic cotton movement—are creating meaningful change.  We have a great start—we just need to keep up the momentum. 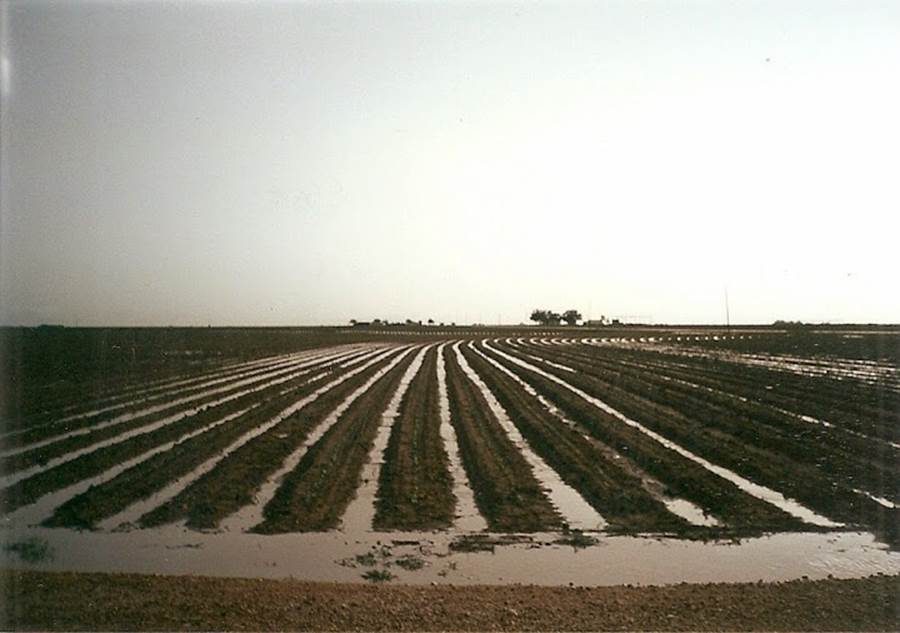 Above: Cotton field after a rain. Photo: La Rhea Pepper.

*This story first appeared on the Coyuchi blog here.