6 Experts Reveal the Sustainable Fashion Projects to Watch in 2017 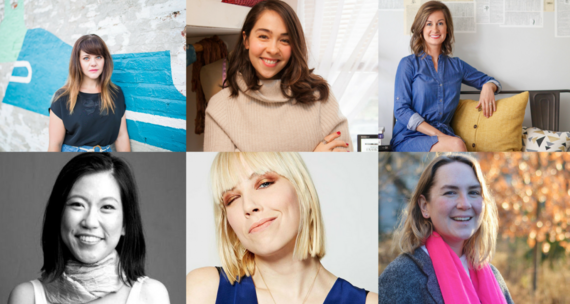 There’s no doubt that the fashion industry is changing. While, for some of us, it may not be changing as quickly as we’d like, there is proof that consumer behavior is shifting, the role of the designer is growing and technology is at the forefront.

Below are six experts in the sustainable fashion industry, sharing the projects they’re most excited to watch in 2017. 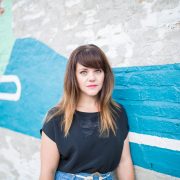 “There’s this incredible ecosystem of business resources, services and programs set up to help fashion brands incorporate more sustainable practices into what they’re doing, and it wasn’t that way even two years ago. Some to watch are Factory45, Startup Fashion, ProjectEntrepreneur and TrendSeeder.

I am also paying close attention to the necessary interconnectedness of sustainability in fashion, where you see companies like Evrnu partnering with Levi’s and The Renewal Workshop teaming up with multiple brands to present new ways of thinking about the lifecycle of the clothes we wear.”
– Lorraine Sanders, Founder of PressDope by Spirit of 608 and host of the Spirit of 608 podcast

“I’m really excited about the emergence of sustainable undergarment brands. It used to be that there were so few choices that you could feel good about. Now they’re popping up everywhere and range from the fancier styles of NAJA, which has a women-focused social mission, to the fun styles of La Vie En Orange, which recycles your t-shirts into cute cotton undies.”
– Nicole Giordano, Founder of Startup Fashion

“This year, I’m excited by brands that are blurring the traditional boundaries of fashion. New brands like Kirrin Finch are filling a void for (proper-fitting) menswear-inspired womenswear as established companies like Burberry make mixed gender shows a fixture of fashion week.

In addition, the concept of quality clothing that purposefully endures through sizes and seasons is resurfacing among sustainable lines: Sotela designs dresses that span several sizes while the made-to-order brand DeSmet rejects the fashion calendar to release just one piece per month over the course of the year.”
– Elizabeth Stilwell, Creator of The Note Passer and Co-Founder of the Ethical Writers Coalition 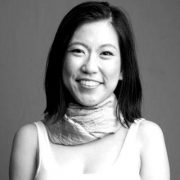 “From yeast-based synthetic spider silk to hybrid fabrics that convert solar power and movement into electricity, fashion innovation will continue to soar to new heights in the new year. But I think that more low-tech pursuits such as knitting, crocheting, and sewing will also see a resurgence, particularly in these uncertain political times, when getting down to brass tacks and working with our hands will bring a more visceral level of comfort.

I’d keep my eyes peeled, in particular, for organizations such as the Craftivist Collective, which uses the art of craft as a vehicle for “gentle activism,” and Knit Aid, which provides refugees with lovingly hand-knit blankets, scarves, gloves, and hats. On a personal note, I’m currently knitting my fourth Pussyhat Project hat for the upcoming Women’s March on Washington. It’s easy to surrender to feelings of hopelessness, but we can rally everything we have against the tide of tyranny and hatred. There is strength in numbers, and it can begin with a single stitch.”
– Jasmin Malik Chua, Managing Editor of Ecouterre

“I’m excited to see Increasing alternatives to leather come to the market. Right now most faux leather ‘vegan’ options are plastic-based, which of course is not compostable. But with pineapple-based and even mushroom leather alternatives becoming available, I’m hoping we’ll start to see more and more of them available on a larger scale!”

“Because of where I stand in the fashion space, I’m lucky to see sustainable startups launching new projects on a regular basis. The ones that I get really excited about are pushing the boundaries of branding, storytelling and marketing to say something different about what it means to be an ‘ethical’ and ‘sustainable’ apparel brand.

Some of the companies that stand out right now are Girlfriend Collective that opted out of traditional advertising and used their budget to get their product into the hands of their customers. Peche Lingerie is pushing the boundaries of the lingerie industry by making undergarments for every “body” and defying gender norms. And then there’s mompreneur brand SproutFit that is challenging traditional sizing for infants and toddlers by making garments adjust as the baby grows.

If I’ve learned anything over the past several years working with sustainable fashion startups it’s that the companies that get people excited are the ones who tell a different story. It’s those unique stories that I’ll be keeping my eye on this year.”
– Shannon Lohr, Founder of Factory45

Over the past decade, environmental issues have become a major concern for the textile, clothing, footwear and related industries. For wearable technology, the energy needed to operate devices and refinements in the technologies and fabrics has been in focus for decades. But now that significant development in these areas is making scalable consumer products a reality, attention should shift to the environmental impact of the sector. While some best practices from the clothing and technology sectors can be applied, wearable technology has its own unique challenges that need to be addressed.

The Question of Energy

Much attention has been given to the provision of power for electronics in clothing but there is, as yet, relatively little consideration given to the embodied energy of these products. In an assessment of embodied energy, an account is made of all the energy needed from raw materials, to manufacturing, transport, use, maintenance, reuse and end of life.

In the building industry, embodied energy has long been embraced during the design stage. Leadership in Energy and Environmental Design (LEED) certification in buildings address embodied energy (as well as water) use in buildings and acts as an incentive to the industry. Consumers know that their building will be energy efficient and have a cost saving for them, as well as environmental benefit.

The Environmental Protection Agency (EPA) and Department of Energy (DOE) jointly operate the Energy Star program for products, as well as buildings. The U.S. government’s approach is to urge consumers to think of a product as having two price tags: the first is a purchase price and the second the cost of operating white goods, in particular, over their lifetime, which can be a decade or more.

As a relatively young product area, wearable technology does not have a blueprint, but it urgently needs one. This will come and can either emerge from industry or from government. It would be much better to come from the former. Within wearable technology, energy sources are sought that are small, lightweight, efficient, flexible, rechargeable, machine washable and long lasting. Although rarely driven by environmental concerns, many of the innovations being developed do provide benefit in this area.

Looking to provide a flexible and efficient battery for the market, South Korea-based Jenex has developed “J Flex.” The manufacturers claim that the lithium battery offers six times the capacity of cells currently being used in smartphones. Beyond flexible, it can be folded or crumpled and still perform. Wear tests have been undertaken on the battery putting it through in excess of 200,000 folding cycles, and it retained full performance.

In the 1990s researchers, such as Thad Starner at the Massachusetts Institute of Technology (MIT), were visionary in looking at alternative sources of power, specifically the ability of the user to provide energy for their devices through their own movement, body heat and even breathing. Although photovoltaics are attracting most attention as an alternative energy source, the user-as-power source continues to attract research and spur development.

Researchers at Hong Kong Polytechnic University have looked at the potential for the upper torso and footfall to be harnessed as an energy source. At Hanyang University in South Korea and the University of Oxford in England researchers are looking at the development of a textile substrate-based tribolectric nanogenerator (T-TENG) as a self-powering fabric that is easy and environmentally friendly to fabricate.

Scalability is one issue to be addressed in these developments; another is consumers’ expectations concerning energy sources. For a consumer generation accustomed to transmitting a precise amount of power at the flick of a switch, the obstacle to overcome may prove to be marketing products, rather than solving technical issues.

Performance is not enough for the consumer, and the interests of the fashion and sportswear industries are crucial in driving aesthetics in wearable technology. Without this it simply becomes another gadget with little emotional engagement for the consumer. In terms of longevity, the lifespan is shortened and the garment is less likely to be worn, repaired or given a second life after the first owner is through with it. Enhanced visual and tactile aesthetics are a start; we are seeing garments appear on the fashion runway and luxury brands showing interest.

In terms of materiality, consumers are more drawn to natural, rather than man-made, materials. While synthetics still dominate the wearable technology market, there are some natural fibers starting to emerge. Eunjeong Jeon’s Disguise Garment uses felted Merino wool, sensors and LED’s to enhance the wearer’s mood and well-being. The fabric is structured to trap air and encapsulate the technology and lighting, building on clothing’s inherent ability to offer protection and comfort to the wearer.

NazcAlpaca brings together Alpaca wool and electronics to provide comfort, aesthetics and performance with smart underwear that can measure vital health information. The development comes from Martijn ten Bhomer and Marina Toeters and the Bear Creek Mining Company in Peru and is at the proof-of-concept stage.LED lights in the back of the garment, for instance, illuminate and cause the garment to vibrate if the wearer is under threat out of their line of sight.

Prototypes of a shirt and scarf are designed for the office worker concerned about air quality and temperature. The garments are combined with an app so that the wearer’s body is monitored using heart rate and breathing sensors. Data is gathered, measured and communicated to the wearer to encourage exercise with the aim of creating a better and less stressful work environment.

In May this year, Microsoft filed a patent application for a Modular Wearable Device for Conveying Affective State (US2016/0133151 A1). Effectively intended to function as a mood shirt that can respond to the wearers’ states of stress, sadness, excitement, calm and happiness. Actuation cells use temperature, vibration/pressure, light and audio to stimulate changes. These are aimed at improving the wearer’s sense of well-being, calming someone who is stressed though music or applied pressure, for instance.

Beyond the health implications, there are potential applications in many areas, in particular entertainment and gaming.

One of the aspects of wearable technology that brings unique environmental challenges is its hybrid nature. The industry cannot solve issues, such as embodied energy or the need for better emotional engagement in our products, in isolation. Change is a slow process and as we continue to look for more in our suppliers and providers, it is also important to acknowledge where incremental improvements and changes in mind-set are made.